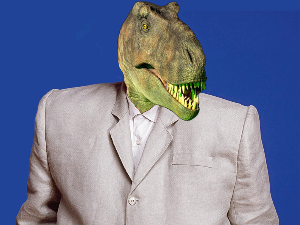 And you may ask yourself, what are my plans for New Year’s Eve?

Letting the days go by between now and the end of 2015, when Tributosaurus becomes Talking Heads for a 3 night run across our 2 home clubs.

Join us at Wire in Berwyn on Thursday December 31st and Friday January 1st, and then at Martyrs in Chicago on Saturday January 2nd, as we inhabit the musical souls of David Byrne and company.  You will dance, we will play, and 2016 will be welcomed with style and substance.

Talking Heads came together as art students Byrne, Tina Weymouth, and Chris Frantz were enrolled at the Rhode Island School Of Design in the mid 70’s.  They added Jerry Harrison from Jonathan Richman’s band, The Modern Lovers.   Having made their way into the heart of the New York City punk scene, they were quite a contrast from the headliner at their first CBGB’s gig; The Ramones.

Psycho Killer took the radio world by storm.  On further albums, they’d work with legendary producer Brian Eno.  Adrian Belew would elevate the guitar skills, and Parliament keyboardist Bernie Worrell would elevate the soul factor exponentially.  Talking Heads became one of the biggest critical and commercial successes of the 80’s.

You’ve heard the songs for years, noticing the unique mix of art rock, funk, afrobeat, and punk that made them the very embodiment of “new wave.”  This music is high minded art that makes you think, funneled through killer grooves that make you move.  As always, we’ll re-create the sounds diligently, with all the necessary instrumentation.  You’ll see multiple keys rigs and guitars, and a horn section.

You could go to some terrible New Year’s Eve Party, and you may ask yourself: Well, how did I get here?  Don’t let that night be the same as it ever was.

Wear the biggest suit you can find, and come party with us as Talking Heads instead.